Timelapse device is not entirely waterproof..

So I've had my timelapse device recording for about a month now, and it's been exposed to a lot of rain and snow. Unfortunately quite a lot of water got into the box and because it was cold outside it froze.

I did expect there to be some water in the box as I've seen in previous experiments but this time it covered the whole bottom including the ATtiny85 microcontroller and LM2596 buck converter. Here are some pictures: 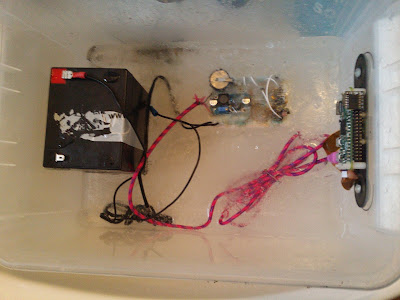 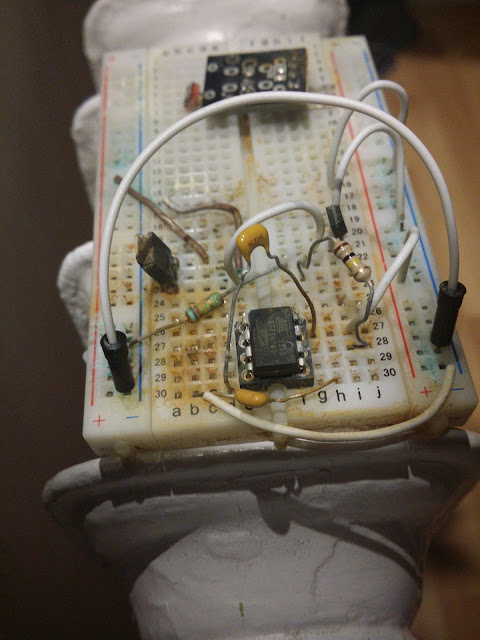 I will certainly have to improve some things to make the device more waterproof. Some ideas I have in mind:
It's an interesting challenge to make it weatherproof. Luckily the RPi zero and camera seem to be fine, but for some reason the sd card seems corrupt. I can't access the recorded images, which is really unfortunate.

So my timelapse device has been out for almost a month, taking a picture every 5 minutes of an ant hill. The result was pretty good. Somehow a bit of water had gotten into the box but fortunently the electronics didn't take any damage. I suspect that it is due to condense that water got it because the box I'm using is properly sealed. I'll start working on an instructables as soon as I get the time for it. Anyway here is the results:

That was pretty neat. I'm happy with the results. I don't know what happen after the 30th of September. It looks like an animal has attacked the ant hill or something during the night. It might have been a swine that attacked, but I doubt it was a human because the destruction of the ant hill certainly seemed to be made by something with a snout.

Hello everyone! I participated in the mini Ludum Dare #70 game jam between 20th of september to 2nd of october. The theme was "deterministic" (i.e no randomness). A typical deterministic game is chess. My game that I built over the weekend is called "Hexagon Dynamics". It's a simple game, but has a fun mechanic. Click on the tutorial button first which explains how to play. Try beating the AI if you can :)

You have to click on the image above because unfortunately the game is too big to be embedded into this blogpost.
Upplagd av Unknown kl. 17:43 Inga kommentarer:

A slice of pi

I baked a pi with ruby:
I did a codegolf the other day where the objective was to print out the above ASCII-art in the shortest amount of code possible. The code I came up with looks like this:
It is quite hard to read so here is a "ungolfed" version:
What I did was to create an array with the sub-sections of the pie and then traverse through that array and print out \\::\\n| where n is the current section of pi. For the bottom part I just printed out \\__\\|. I used rjust to get the pie to be right alligned.

My name is Linus Styrén and I am an upper secondary school student with an interest in electronics and computers. I like to share what I have learnt with others and try to challenge myself in order to become better. I think of myself as an enthusiast. I've built a few cool projects with electronics and programming. My favourite platforms are the Arduino and Raspberry Pi.

I have some experience with the Arduino UNO, I own one of them and I've built a few pretty neat projects using them. Here is a youtube video showing a basic RTTL player using an Arduino UNO:
I also own several RPis which I use for various projects, I've turned one into a basic home theater system. Also I've used three RPis for a more advanced bird feeder application (which has a website). This project was started in the autumn of 2014 and has been on continous development ever since on and off (I have not been working on it for a while however). I had a basic idea to create an autonomous bird feeder capable of recording videos of birds. It has expanded into a relatively complex proejct with time as it has been equipped with more and more peripherals and more functions has been implemented. Here is a photo of what it looks like: 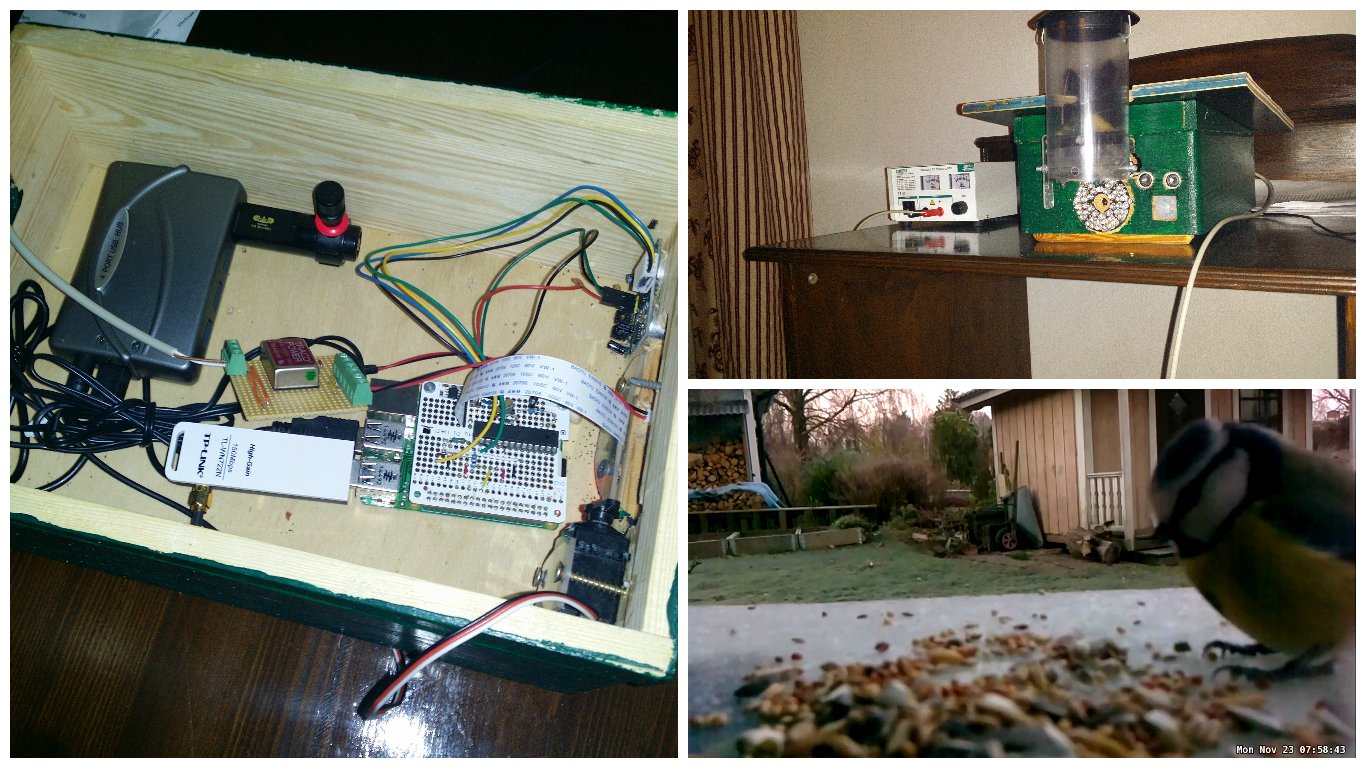 My most recent project using a Raspberry Pi (and an ATtiny85 microcontroller) was a timelapse device running from a battery. It uses a RTC module so it can keep track of the time. It also has a builtin temperature sensor apparently so I use that to log the temperature for every picture which is captured. It runs on a 12V 4.5Ah battery and uses the microcontroller to toggle the battery on and off periodically every 5 minutes. I regulate the voltage down to 5V which powers RPi zero. The RPi captures a picture and writes that to the sdcard along with the current time and temperature. I've got it to draw extremely little power so the battery lasts for approximently 2 months straight. 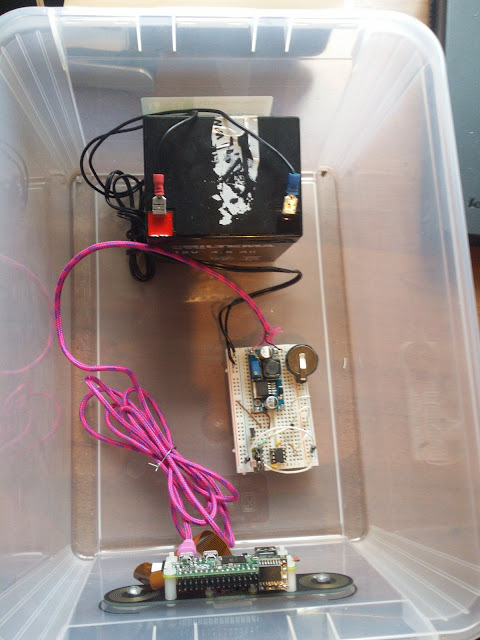 I also regularily participate in the Ludum Dare game jam competition. If you don't know what that is, you can read about it here. I use Unity3D for my games because that gives me a lot more time focusing on the actual game itself, and not so much on the game engine. Take a look at some of my games here. Or you can try my latest game for LD36 which I published on gamejolt.

Until next blogpost, have a good day!
Upplagd av Unknown kl. 13:15 Inga kommentarer:

This is my first blogpost ever, so exciting! As a start here is how to print "Hello, World!" in various languages that I frequently code in :D